Whose interests are threatened by Trade Union campaigns

September 6, 2017 Felezkar News Comments Off on Whose interests are threatened by Trade Union campaigns 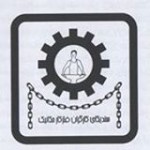 Iran has witnessed the imposition of a wave of unprecedented restrictions on the legitimate trade union activities of workers syndicates since the beginning of this year. On 28 April, MaziarGilani-Nejad, a member of the Union of Metalworkers and Mechanics of Iran (UMMI), was summoned to appear beforethe Revolutionary Court. He was subsequently acquitted of the charges against him. Shahpour Ehsani-Rad, a member of the Free Trade Union of Iran, received a prison term along with a sentence of lashing. Bail providers for Ja’far Azimzadeh, of the Free Trade Union of Iran, and Mahmoud BeheshtiLangaroudi, of the Iranian Teachers’ Trade Association, have also been placed under pressure – through the threat of unilateral court seizure of the sums put up for bail – so as to force these trade unionists to return to prison. This has been aptly illustrated in the case of Reza Shahabi, a member of the Syndicate of Workers of the Tehran Bus Company, who has already been forced to return to jail despite being informed his sentence had in fact been completely served.

Hamid Sharghi, another member of the UMMI, is currently on bail awaiting trial. Meanwhile, Esmail Abdi has been intimidated into returning to prison to continue his cruel six-year sentence and Ali Akbar Baghani, a member of Tehran Teachers’ Association, remains in internal exile. Ebrahim Madadi and DavoudRazavi, members of the Syndicate of Workers of Tehran Vahed Bus Company, have also been made aware of warrants for their arrest. Such are the conditions and breath-taking cruelty of this situation that Esmail Abdi and Reza Shahabi have recently gone on hunger strike in protest.

All activists in the labour movement are trying hard to improve the conditions of the toiling workers – at no beneficial interest to themselves personally – continuing a struggle that threatens the interests of capitalism and its foreign agents. All of these activists believe that the living conditions of teachers, workers and other people should be improved through the correct and fair distribution of wealth within the country. Education and health should be freely provided. Legislation must be in the interests of all people and not just favour a certain group. Freedom of assembly, association and speech must be allowed for the masses. Persecution and harassment of those active and struggling for the rights of workers, women, students, teachers, nurses, and other paid workers, should be made illegal.

Articles 3, 19, 23, 26, 27, 29, 30, and 31 of the Iranian Constitution guarantee the legitimacy of the aforementioned demands. We insist on the “… elimination of any intellectual and social oppression and monopolising economy, removing tyranny and transferring the fate of the people into their own hands …” (Preface to the Constitution) and we emphasise that “… no one has the right to negate and deny legitimate freedoms misusing the concept of defending the independence and integrity of the country” (Article 9 of the Constitution).

We demand compliance with the law and the release of all prisoners of conscience,including those of the labour movement, and we emphasise that the responsibility for the wellbeing of the trade unionists remains with the authorities who issue such sentences. We call on the International Trade Union movement and in particular our brothers in the IndustriALL global union to help Iranian trade unionists by insisting that the Iranian authorities fully implement ILO Conventions 87 and 98 to the spirit in which they were conceived. We also call upon this powerful global movement to actively support the campaign for the release of Esmail Abdi and Reza Shahabi.

Threats, arrests, and even violent treatment, cannot keep us from the path we have chosen. As we have shown to date, we steadfastly defend our principles and will do our utmost to realise the aforementioned demands for the release of our comrades.

Hardship, danger, death, victory and setback are all natural and possible – however, there will not be any retreat from the workers’ ideals.