July 19, 2021 Felezkar News Comments Off on In solidarity with oil and gas workers and their Strike Campaign 1400 in Iran 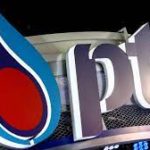 Union of Metalworkers and Mechanics of Iran (UMMI)

I am writing this letter to you as the President of PTT Labour Union  to express our full support and solidarity with the members of the Union of Metalworkers and Mechanics in Iran (UMMI), as well as with all the workers at oil and gas projects and petrochemical plants, who have gone on strike in South Pars, in Tehran, and across Iran, involving at least 72 companies, as part of the coordinated action called Strike Campaign 1400.

PTT Labour Union condemns in the strongest possible terms the firing of 700 workers, who were fired for joining the petrochemicals strike.  We demand that they be immediately reinstated.

PTT Labour Union supports your call to the government for better wages, including a set of wage demands for each employment category, adequate social security and better living conditions. Workers are willing to return to work if employers meet their demands.

Workers are employed by subcontracting companies, which provide labour for development projects in the oil and gas fields.  Contractors routinely underpay social security contributions by misclassifying workers, which affects their pensions, unemployment and sickness cover. This situation is unacceptable, and in blatant violation of international core labour standards.

We congratulate you on your tremendous courage and resolve in the face of oppression, and we stand in solidarity with your struggle and just demands.