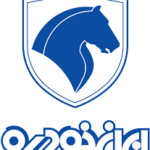 According to the Payam Syndika reporter, after sending the pay slips of Iran Khodro workers in Tehran factory to their counterparts in Iran Khodro in Tabriz and their strike, the workers in Tehran were informed that there would be a job classification in Tabriz Iran Khodro factory. With this information, the workers of Tehran Iran Khodro factory started a hunger strike and boycotted the canteens. This strike, which began with the car body section finally reached the assembly line section. After two days, the morning shift workers downed tools and voiced their demand for justice. At this stage the workers at the paint salons had not yet joined the strike yet. Workers demand job classification after 19 years, as well as wage increases due to daily rising cost of living.